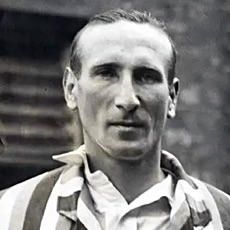 In 1932, comedy cricket was in crisis. Two years earlier, the unfunniest cricketer who ever lived, Sir Donald Bradman, had humourlessly stormed his way through an Ashes tour, scoring 974 joyless runs at a deadly serious average of 139.14.

Bradman's overall Test average was 112.25 by the time the 1932-33 Ashes series rolled around. This wasn't big or clever. It was just showing off. And something had to be done about it.

Enter Douglas Jardine, who put a stop to Bradman's boring run-scoring antics in no uncertain terms, with the deployment of Bodyline, or, as it's more commonly known, leg theory.

Now, Jardine the man was not particularly amusing. Sure, he hated flies. And, yes, he hated Australians. And he sure as shit hated Australian flies. But that's not really enough to get you a number sixteen ranking on the funniest cricketers of all time.

No, Jardine is here more for his services to stamping out unfunniness in cricket. It didn't last long, admittedly. But his efforts need to be rewarded. Like Sourav Ganguly's heroism in putting a stop to Steve Waugh's unfunny Australians almost seventy years later, Douglas Jardine was a force for comic good.

And there's a certain comedic deliciousness from a modern perspective to the reversal of an England captain pushing the Laws of the game to their very limit while Australia complained about transgressions of the Spirit of Cricket.

Because, of course, those complaints against leg theory came from a nation that would go on to be synonymous with bowling underarm, sledging, refusing to walk, claiming stumpings and/or run outs and/or catches and whatever else it took to win the damn game. (And I'm pretty sure that's just Brad Haddin.)

So, like Vinoo Mankad, Jardine also gets points for his inspirational comedy impact.

And there's one more thing about Jardine. And, needless to say, it involves the great comedy multiplier Joe Root. During the Ashes series of 2013 - the first Ashes series of 2013, FFS - Dave Tickner invented the word, hashtag and concept of 'rootmaths' to ridicule the tendency at the time for some folk to diminish Root's batting record on the basis that if you took away his centuries, his average wasn't that good.

Rootmaths has since gone on to refer to any situation where analysts explicitly ignore all the good things somebody has done in order to derive a statistic that shows how bad they are.

But if we return to the original derivation of rootmaths - the batting average when you exclude all centuries - and apply the usual filter of at least 20 innings batted, then guess who comes out on top of the list.

Presumably, Jardine's excellence sans centuries contributed to his hatred of Bradman's incessant gaudy ton-making. But even if it didn't, this is a beautifully subtle way of undermining the record of Australia's unfunniest ever batsman.

So congratulations Douglas Jardine - for your heroic contribution to fighting the single greatest threat to funny cricket and for your inspirational impact in pushing the Laws of the game to their limit, I award you the spot of sixteenth funniest cricketer of all time.

Sorry that it came from an Australian.

Previous: The seventeenth funniest cricketer of all time

Next: The fifteenth funniest cricketer of all time