How I Write - Ulysses 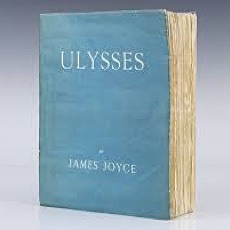 Every single word I write, have written, or will ever write in the future, is stored in the Ulysses app. (And backed up in a zillion other places, of course. Because I'm not a crazy person.)

Indeed, this very post I'm writing now is being written in Ulysses.

What's Ulysses? Well, it's perhaps easiest to explain by comparing it to Microsoft Word and showing where it differs.

In Word, you write your novel (or whatever) in a single document - MyNovel.doc. You clack away, and words fill the screen. Then, as you have different ideas, you cut and paste things and move them around as you punch everything into shape.

In Ulysses, you write each chapter or each scene (or, heck, each paragraph if you're some kind of crazy person) in individual files (Ulysses calls them 'sheets'.) All these sheets are grouped together in the equivalent of a folder. When you want to rearrange scenes, you simply drag them up and down to different places.

Being able to break down something as big as a book into a series of smaller documents that are easily rearrangeable makes the task far more manageable. One scene at a time. Focus on that, then move to the next one. You can put an outline of a book into Ulysses and then flesh out each one as inspiration strikes.

Individual sheets can also be tagged (eg 'this is a rubbish first draft'), have notes attached to them (eg 'this is still a rubbish first draft'), be given different word count goals (or you can have word count goals for the entire project) and so forth. It's an infinitely saner way to write anything lengthier than a web site article. (But, of course, once you're used to it, you'll also write your articles in the same software. Because, minimalism.)

Now, those of you who are aware of the app Scrivener may be saying, 'wait, this sounds very similar to Scrivener'.

And you'd be right. It is similar to Scrivener. Indeed, I used Scrivener for many years. But Ulysses works better for me for a couple of reasons:

It uses Markdown, so all the files are plain text. I don't have to think about formatting. I don't have to get irritated by my own inconsistency of font choices. Plus, because they're plain text, each individual file is tiny. Which means it backs up and syncs with lightning speed. Which brings us to reason number two.

Because all of the files are so small, you can store all your writing in the one archive. Snippets of ideas, entire books, articles, the lot. It's all available for searching, copying and pasting and the like. I don't waste any time trying to track down a piece of writing. If I wrote it, it's in Ulysses.

So, if you have a Mac, and want to write, I strongly recommend investigating Ulysses. It's the shit.

(Oh, there is another reason why Ulysses works well for me. And that's due to how it integrates with DevonThink. But more on that later.)

Check out my entire process.