How I Write - The Mac 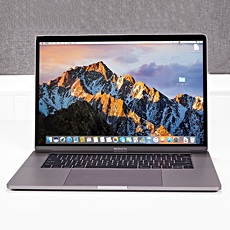 I work from a Mac. More specifically, a MacBook Pro 2016, although most of the time I don't need anything with that much grunt. For writing purposes, I could get by with a MacBook or even a MacBook Air (which are semi-pro and fully amateur respectively, one assumes).

It wasn't always thus. I used a PC for many years. It's what everybody used in the office, so it's what I used at home. But once I started dabbling in Macs, I got used to them. More specifically, I got used to not having to run weekly (daily?) updates, virus checks, defrags, and all the other stuff that seems to come along with owning a PC. (Yes, yes, defrags aren't really a thing any more. Give me a break. My life with PCs goes way back.)

Now, I'm no dummy. I understand Microsoft has it much tougher than Apple. Apple designs both the hardware and the software, so they can tweak everything to work optimally together. (In theory, anyway. Sometimes they still get it terribly wrong. I prefer Macs, but I'm not blind to their flaws.)

The Windows operating system, on the other hand, needs to work with a zillion possible hardware specifications cobbled together by all kinds of wild-eyed tinkerers. I include myself among this number. I used to rather enjoy pulling computers apart and upgrading them when I was a younger man.

But I don't really care about any of that even more. I'm old enough now that I no longer want to tinker with my computers. I just want to pay my money and have them do computerey work for me. And (for the most part), my Mac allows that.

More critically, I've discovered Mac-only software that has become so integrated into my writing process that it's now inconceivable tor me to ever switch back. As a result, I'm locked into being a Mac man for the foreseeable future.

The two pieces of software I can't imagine writing without are:

(To be precise, I can imagine writing without these two programs, or 'apps' as the kids call them. I just choose not to.)

They're so good that I'd advise any aspiring writer (or more than aspiring - you heard me, Rowling) to switch to Mac just so they can use those two pieces of software. That's how amazing they are. But I'll explain what makes them so good next time.

Check out my entire process.