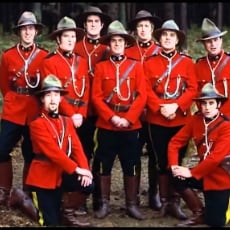 People like to tinker with cricket. This is fine - cricket is, of course, the greatest sport there is, but that doesn’t mean that it can’t be improved. To rest on one’s laurels is foolhardy. (This is, as I understand it, the entire premise of legendary silent era comedy duo ‘Laurel and Foolhardy’.)

But most tinkerers tinker only at the edges, where tinkering is most easily tunked. They’ll lop twenty balls off a T20 match and rebrand this truncated monstrosity as The Hundred, whispering the absurd playing conditions of this mythical new competition over campfires to terrified women and children. (“I foresee them playing, while garbed in packets of crisps!” the tribe soothsayer will roar, and the younglings will squeal in delighted terror.)

Other tinkerers will concoct nonsense phrases like The Bash Boost or The Power Surge or The Gus The Goose Bonus Fielder Over and then invent rules of the game to match.

This is as far as most cricket tinkerers dare go.

Yet 2020 called for something more. A difficult year of challenges. A challenging year with no precedent. An unprecedented year of difficulties. And vice versa.

And so Cricket South Africa tinkered not at the edges, like the hesitant cowards of other nations. No, CSA tossed away the tinkerer’s scalpel of earlier eras and replaced it with a modern day lumberjack’s axe.

Wielding that mighty 2020 blade, the axeman-savants at Cricket South Africa chopped furiously away at the most fundamental premise of the sport: the outdated notion that cricket should be a competition between a mere two teams.

They hacked. They hammered. They hewed. And once the final, mighty blow against this antiquated axiom was struck and this needlessly binary limitation was felled, two team cricket was revealed to be the rotting sequoia it had always been.

A third team increased the dimensionality of the sport by 50%, but it increased everything enjoyable in it by vastly more than that percentage.

Three team cricket was a revelation. Hill fishermen. Rain sponsorships. Makhaya Ntini guffawing at the antics of his son. Everything about it was amazing.

I wrote a full match report here. It suffices to say that it was the greatest game of cricket I have ever had the privilege to witness. It is the future of the sport. More importantly, it is the sport of the future.

Cricket South Africa have come up with a whole heap of other nonsense in 2020. I try not to keep track of this other stuff, because I’m reliably informed that it’s all about cricket administration. And despite my very best intentions, and even when I understand that the administrative issues are vitally important (as they seem to invariably be), I still find myself losing interest rapidly. Because they’re all so incredibly, soul-achingly, eye-rakingly dull. You know the people who idiotically think that cricket is boring? That’s what cricket administration talk actually is. Except worse. Or, at least, I assume it is. I can never maintain interest long enough to be certain.

And this kind of administrative tedium is, again based on my sources, what Cricket South Africa also spent most of their time doing in 2020.

But who cares about their low points? People will forgive lows when the highs are high enough. Do people criticise Hudson Hawk, ‘Mull of Kintyre’ and Sir Isaac Newton’s dalliances with alchemy?

Of course they do. Those things are all dreadful. But people also lose their shit over Die Hard, ‘Band on the Run’ and gravity. And rightly so. Because they’re all brilliant, and bona fide geniuses, regardless of the field in which they work, play by different rules to the rest of us.

That's why, in 2020, people correctly lost their shit over 3TCricket, and that’s why it’s the winner of the award for Spectacular Innovation in the Field of Comedy Cricket for the year 2020.