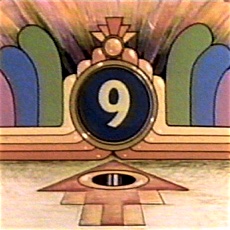 Some numbers will forever be associated with certain players, for reasons of magnitude (400), tragedy (63*) or absurd statistical anomaly that is also tinged with a sense of schadenfreude that even an apparently unstoppable run-scoring machine can still falter in his final innings and be denied an extra historical digit in the record books (99.94).

And then, of course, there is the number nine.

Nine will be forever associated with Rob Quiney on the basis of plain funniness.

At the time, nobody took much notice of Quiney's nine. He'd made his Test debut at the Gabba in 2012 against South Africa, batting at three, in a Test that Australia would go on to win by an innings. The nine runs Quiney scored in his sole innings seemed a typical debutant's knock, with a new batsman struggling with the step up from first class cricket and being dismissed cheaply as a result.

It was only when coach Mickey Arthur revealed to the media after the game that Quiney's innings had been 'the best nine he had ever seen', did we realise its comedic potential.

Now it's possible that Arthur may have been speaking at least partially in jest. After all, at the time, nobody knew of Arthur's potential for hilarity - the HomeworkGate tour on which he would solidify his cricket comedy reputation was, after all, still several months in the future.

But it didn't matter. The Quiney Nine took on a life of its own, and now the man and the score are intertwined forever.

If you type in 'Rob Quiney' into a Google search box, the first two autocomplete attempts are 'nine' and '9'.

Quiney's Wikipedia entry contains the following phrase 'On debut he scored the greatest Test 9 of all time facing the likes of Dale Steyn and Morne Morkel'.

And, of course, there was Beyonce's smash hit Nine that featured such lyrics as

I was unable, alas, to find full footage of the Rob Quiney nine on YouTube. But perhaps it's better this way. Perhaps the Quiney Nine should only live on in legend, whispered among cricket fans in hushed, giggling tones.

So, instead, here's footage of Quiney bringing a seagull back to life. It's no 'greatest nine ever scored'. But it's still pretty funny.

Previous: The twenty-ninth funniest cricketer of all time

Next: The twenty-seventh funniest cricketer of all time